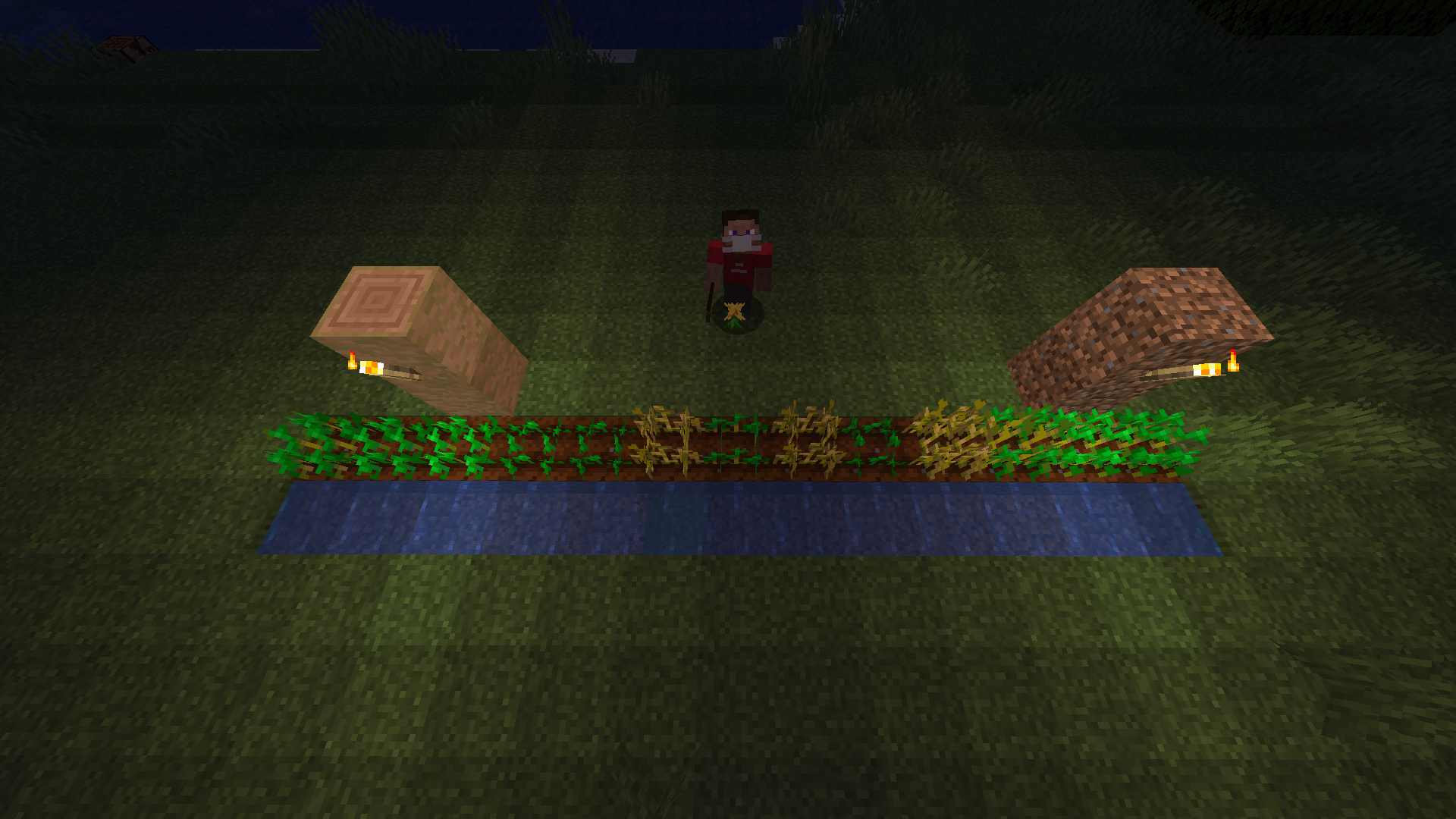 Steve's Wheat Farm is arguably the most difficult problem in the entire recess week challenge, so much that Q2 was made easier to allow participants more time to solve Q1.

However, Steve's Wheat Farm is actually not that difficult of a problem if approached correctly. There is really only one advanced programming concept: The Prefix Sum Array (Refer to hints on what is a Prefix Sum Array).

Let us explore the problem step by step. Let's use an example to visualise

The straightfowrward approach is to

After visiting the first light source:

After visiting the second light source:

The problem with the naive apporach¶

We are potentially visiting each block so many times if every block has a source of \(B_{max}\) brightness level. In particular, the step where we "spread" out the light from the light source is incredibly repetitive. is there a way to do things better?

We can use the prefix sum array approach, where we "jot down" the main parameters for the operations that we will need to perform later. For example for any given light source, we can describe its impact on the result array by breaking it down into a few segments:

Adding -2 to the block to the immediate right of the source:

Note that the step where we add +1 to start the increasing trend, the index of the source may be negative. To fix that, we can

Notice that we only iterate through the array thrice, and during the first set of iteration, we perform a maximum of three array-lookup operations (of \(O(1)\) time complexity) per block, which gives us a total linear time complexity of \(O(n)\)!

The full solution (Python3) can be found below.